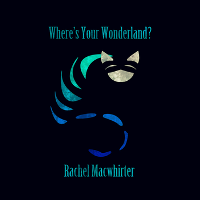 A mishmash of goth, emo, symphonic, metal, and ballad, Rachel Macwhirter is Evanescence in disguise.

Hailing from Melbourne, Australia, her primary instrument is vocals. She also plays the piano though not with a great deal of expertise which really isn’t an issue because of her great talent in singing. Graduating from a university with a degree in applied music majoring in composition, expect deep and thought provoking lyrics out of this nineteen year old singer.

Hey Alice pummels through with Macwhirter’s pretty voice which is very emotional in its purest sense. It is ripe with romantically longing tunes with a mixture of gorgeous power ballad.

Iron Children builds up slow, with twinkling piano and classical strings wrestling with burly riffs that eventually catches up with the well timed percussion beats. Mockingjay simply presents to us Macwhirter’s phenomenal ability in singing by minimizing instruments and focusing on the singer’s music.

A Thousand Angels dissects the fine line between love and hate through ethereal orchestral accents and alluring piano tones. Finally, Nightingale sets the harmonious brick that was already laid from the beginning, adding textures, tones, and emotions and letting it flourish through the end.

This is Rachel Macwhirter’s first album and it came out to be good. Expect something more from her in the few years to come.