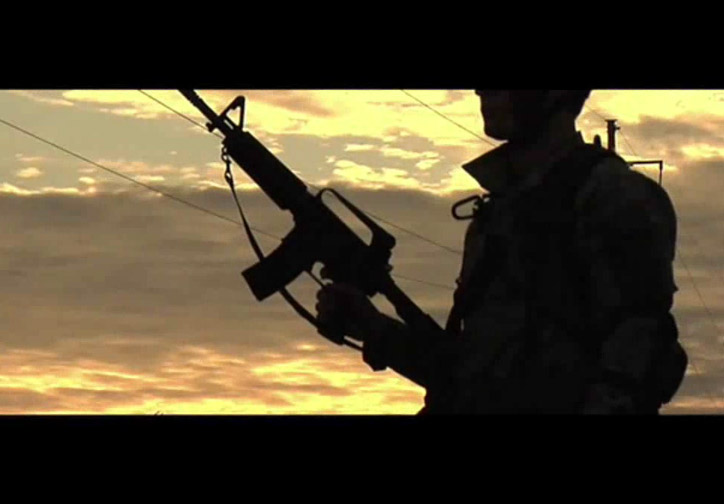 8 Days Later is a short film that takes people back into the life of a zombie apocalyptic world. Very similar to full length films such as 28 Days Later and 28 Weeks later, the eeriness and ambience draws in the viewers attention to a world with no hope.

As these flesh eating creatures slowly begin to take over, a lone soldier runs after them with preparations to destroy. With the film broken up into four distinct sessions, time lapses and weather changes are clearly observed. As the days go on and time ticks away, it seems as if there won’t be enough of it for either side to truly win this epic battle.Â After chasing the zombies down, the soldier is caught in the unfortunate predicament of a gun that needs to be loaded. In the end, he is killed by a shooter and the viewer is left with the words “They all move the same”, prompting an interesting plot twist.

With different genre’s of music ranging from modern day indie to metal/screamo, the soundtrack captures the rawness of fighting for survival. Many scenes take transitions from color to black and white with any blood shown keeping it’s bright red hues. With very little dialogue and mostly clips of chasing and running, the story keeps the viewer in edge, hoping that some sort of triumphant goal is reached. Whether you like zombies or not, this is a great action packed short.