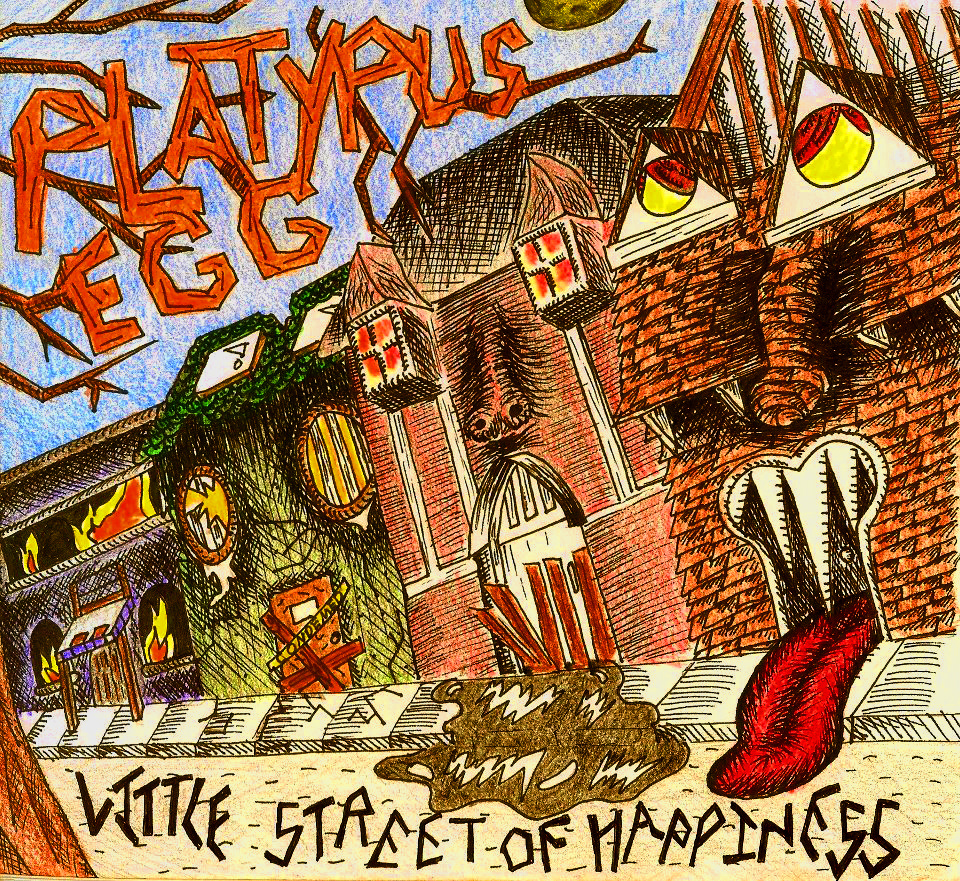 If one mardi gras would be scored by a rock band (or even a metal one), it would probably lay some good music like those of Platypus Egg.

Formed in 2009, this five-piece act is an experimental rock band that peculiarly mixes rock music, funky fiesta rhythms, and occasional death growls. Hodgepodge, but we dare say that their debut album Little Street of Happiness is the musical equivalent of a Tim Burton feature.

The mayhem starts with “Lemonade“, the ice-cool ska offering that tells us straight away that these guys are all about being odd and great. Same can be said of the follow-up, “Conjecture“, which will make your head go ‘oscillé’.

Strange then comes in the form of “Alien“, a roar-fest of sorts that jives well with its entire out-of-this-world theme, and is countered by the mazurka-esque arrangements of “Long Distance Call (from Grandma)“.

The four remaining tracks never failed to retain the ante, as evident on the No Doubt-like compositions (circa 1990) “Wonderful Day” and “Bambola Vivente“, the progressive “Coffin’s Side“, and even the 60’s-inspired “Pool Party“.

We might just take a stroll down that little street of happiness.