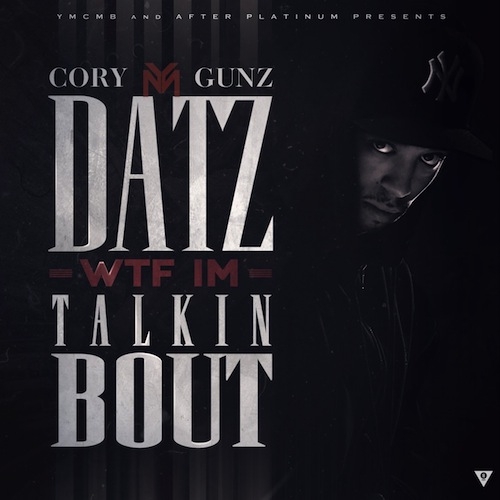 Son of rapper Peter Gunz, Cory Gunz is one hell of an act who should breaking into everyone’s urban playlists in a few years’ time. Bold prediction, yes, but amateur he is not. Datz WTF I’m Talkin Bout, his second mixtape, is full of straight-up, no-apology tunes that “keep things real” (in the truest sense of the genre) and might just be his potential ticket to the limelight.

The collection boasts star-studded guest appearances of big names such as Busta Rhymes, Wiz Khalifa, and Juicy J — all of whom should help him do the trick — as well as up-and-coming acts like Charlie Rock and Sean Hayz. The production is top-notch, and can be passed off as a mainstream release.

It starts off with a lengthy “Intro“, a Dot N Pro arrangement spitting out slick lines that foresees the high caliber touch of the succeeding tracks. He sounds like a vintage Kanye on “I’m Laughin“, while “Do Something” is an R&B gem waiting for a future re-recording with either Chris Brown or Ne-Yo; take your pick.

These two staff favorites, and the others, shall tide fans and casual listeners ’til Cory reveals some bigger ‘gunz’.