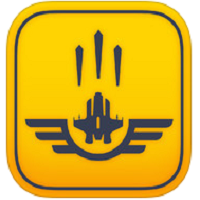 Sky Force 2014 is an arcade style shooter, and publisher Infinite Dreams made sure it pays like one. This is basically a one finger shoot ‘em up where you blast hordes of enemies with your auto firing weapons. It’s easy to play, not complicated and will give you that adrenaline rush.

In Sky Force 2014 you are a pilot with a powerful plane and capable of dishing out a lot of punishment. Your ship can take a few hits, but get hit enough and you’ll be reduced to abasic ship that will require an upgrade. That’s why you need to be careful when you start the game. You’ve got a powerful ship all right but if you sustain enough damage you’ll end up with just plain bullets.

The first stage of Sky Force 2014 is easy enough, but the succeeding levels get harder. To progress you’ll need plenty of medals plus you have to kill a certain number of enemies per level. It doesn’t matter if you blow up the big boss; if you didn’t kill enough bad guys, you’ll have to repeat the level. While Sly Force 2014 is tough, it isn’t impossible to go through it.

Aside from shooting down your opponents, you also need to rescue some hostages. Secure enough of them and you’ll get a medal. It adds another dimension to the game, but really it’s the boss battles that will keep you hooked. In other words, Sky Force is one game that bristles with action and excitement and it’s addictive.