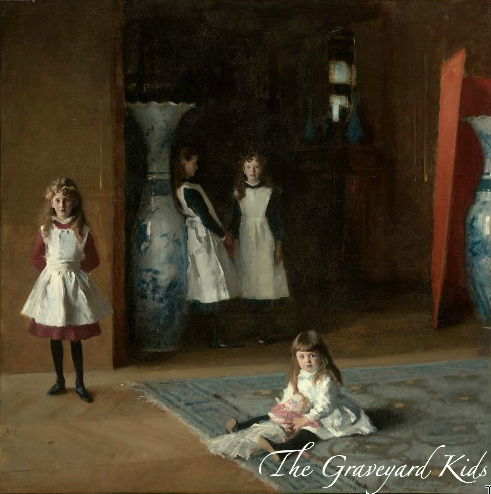 The Graveyard Kids: My Only Company

Much of My Only Company was meant to be a lo-fi acoustic compilation by Chadbourne Oliver, however, life had other plans.

Joined by musician friends, they re-recorded the bulk of the album; added a rock touch to create a set of gauzy Brooklyn indie rock.

Their initial recording, as luck would have it, suffered a setback when the computer that had all the files, crashed. They ended up recording it one more time at Mama Coco’s Funky Kitchen in Brooklyn. Third time seems to be a charm for The Graveyard Kids as they’re set to impress with their debut record.

Adding a homey and honkey tonk indie rock vibe to their album makes opening track, Staircase Blues, the perfect track to sing along to as you wave a glass of beer on one hand and just have fun. It mixes bluesy bass guitars, along with melodic chant singing and an overall jaunty sprint.

The Fountain, follows next but takes the opposite approach from the opening single. Where the former cut was all about getting drunk in a bar and having a great time, The Fountain, is more about the clarity and reflection after suffering from a serious hangover. However, it’s not long before the band regains their jovial side though as third track, The Raft of the Medusa, adds life to the party once again.

If there’s one thing to expect from this one, it’s that you’ll find a lot of sing-along moments that seem ideal for good times. Overall, My Only Company is an album that’s easy to retreat to. You can find yourself randomly head bobbing to the catchy tracks and easily swayed by the rhythm. Take a listen and see if this is your cup of tea.