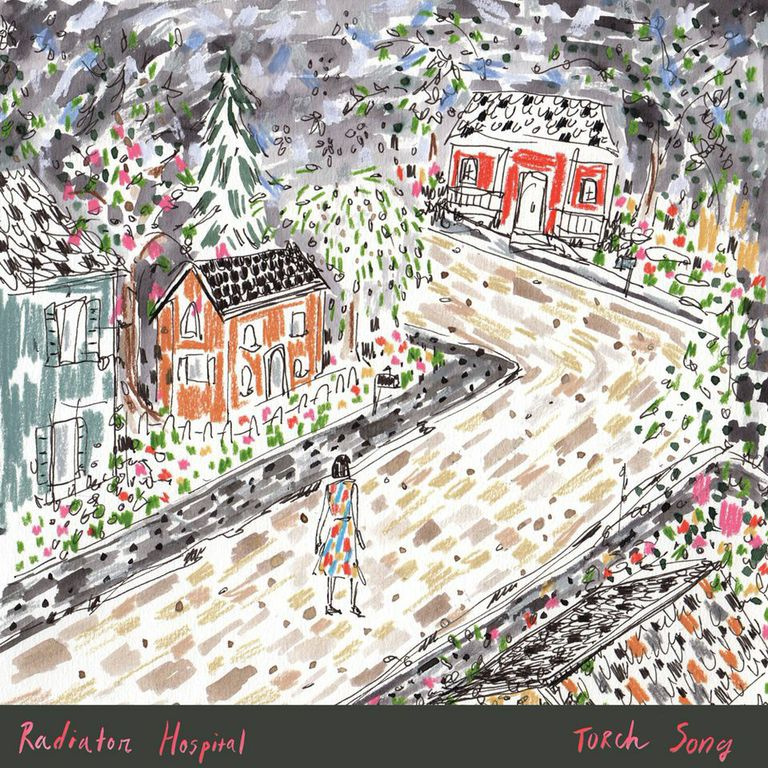 The term DIY is a word that has been thrown a lot to describe a myriad of things – home improvement projects, clothing, and even in music. However, some bands confuse DIY with “we-made-this-album-ourselves-which-is-why-it-sounds-like-crap”. But not Radiator Hospital. Their second album, Torch Song is a polished 15-track output from this awesome Philadelphia band.

Five & Dime is a jangly pop song about calling the attention of a person towards love. “Can you feel the weight pulling on the chain? / Around your heart, a burning love” sings frontman Sam Cook-Parrott. Another song that features Cook-Parrott on vocals is Cut Your Bangs which is a word away from the classic Pavement song Cut Your Hair. The song sounds like a pessimist’s appeal to cut the bullshit and just give it to him straight. When the song goes “When you lie to me, it’s in the small stuff / Now your mouth is foaming like a rabid dog”, you know exactly that someone has to shed the lies and start acting like it is.

Now, what you need to know about Radiator Hospital is that they shift vocal responsibilities. In Fireworks, Maryn Jones takes over and perfectly sings about emotional longing. “I think of you often when alone” croons Jones and you think that the band has made a great decision to know whom exactly between Jones and Cook-Parrott should sing tracks.

For a band that is relatively new, Radiator Hospital is able to display musical flexibility in terms of line-up duties, songwriting and depth. Makes one wonder what they can come up with in the coming more years.