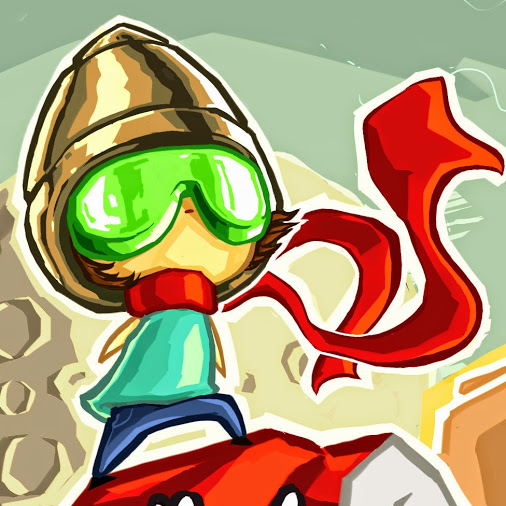 Bullet Boy is new for 2015, but this offering from Pomelo Games bears a strong resemblance to classic 90s sidescrolling games. The premise is simple enough: you shoot Bullet Boy from barrels and steer clear from the obstacles that are in your path. It sounds easy, but you have to be on your toes to get far.

It’s not hard to get into the game as the gameplay is straightforward. As you shoot Bullet Boy from barrel to barrel you’ve got to make sure he doesn’t get struck by birds, tornadoes, machines bent on crushing you, blades and so on. The gameplay is fast and requires precision so you’ve got to work on your timing to get Bullet Boy through, otherwise it is game over.

In spite of the challenge, Bullet Boy is not an impossible game to play; and the early levels are easy enough so you will learn the basic gameplay and how it works before diving in deeper. There’s also an in-game currency you can use to resume levels where you died, a nice feature that gives you the opportunity to learn about the game and still advance.

The levels in Bullet Boy are a bit short, and that’s actually good for casual gamers. If you run out of in-game currency, you’ll have to start the level from the beginning when you die, but given that the level is short, it’s not so bad. The layout design also changes so it doesn’t get repetitive. While Bullet Boy may at heart be a simple game, it’s a cool one and worth a try.