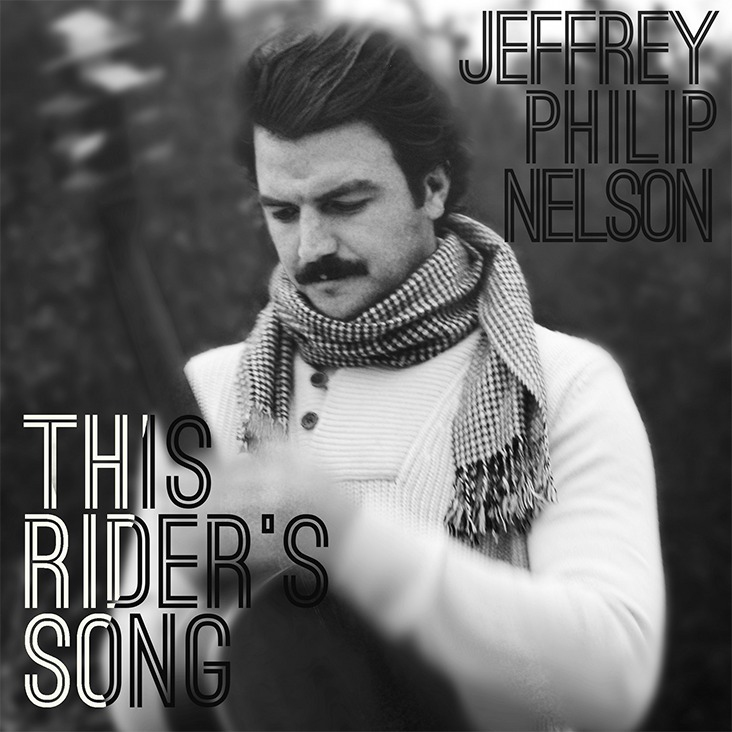 Singer-songwriter Jeffrey Philip Nelson penned 75 songs for his fifth album, This Rider’s Song, which is an impressive amount of dedication for a man who runs a construction business by day. “I was thinking, ‘What am I doing with myself sitting here and not going out to use a creative force that was put inside of me at a young age?’ I don’t think I was ever meant to be a manager. I was never meant to run people,” Nelson said in an interview, explaining his love for making music.

This Rider’s Song is the kind of record that you put on after a hard day at work to unwind and contemplate. Each track is soft on the ears, mainly centered around Nelson’s calm voice and his reverberating acoustic guitar, and the album as a whole feels soothingly desolate. To add to this mood, Nelson recorded the album in analog to give it a warm vinyl feel.

The record starts strong with This Rider’s Song, a mellow tune that builds itself around an old fashioned country-style guitar riff and an instantly compelling hook. On the tracks that follow, Nelson works with slower tempos and grows more introspective. Steady Joe is enchantingly dreamy, while there’s no track on the album as haunting as The Loss. Never Leave, on the other hand, shows us Nelson at his most vulnerable, and New Orleans Girl evokes Bob Dylan with its harmonicas and Biblical references.

Fans of folk and country would surely relish Nelson’s calming melodies, and may even be touched by his lyricism.