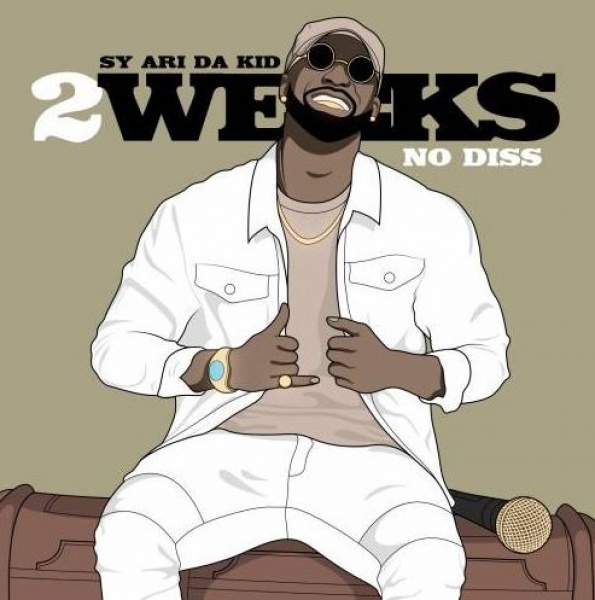 New York rapper Sy Ari Da Kid made his first splash in the hip-hop scene back in 2011 with his debut The Ultrasound. The release was followed by an unbelievably rapid output of mixtapes, eventually leading to the artist getting signed to Birdman‘s Cash Money label. Now, at the height of his prominence and creativity, the artist still maintains his fast rate of production. His latest offering, 2 Weeks No Diss is his second project in the past four months and is as solid as we could have hoped for.

Sy Ari Da Kid belongs to the new wave of mumble-rap artists that have been stretching the boundaries and rewriting the rules of hip-hop in the past few years. Stylistically, he draws heavily from the sound of Young Thug, piecing together his vocals and melodic ad-libs to create melody within his bars. Garnished by cheeky punchlines and playful wordplay the mixtape’s 15 tracks are dangerously catchy and carefree. The hard-hitting trap beats featuring rapid, rattling hi-hats and pounding 808s, meanwhile, lend the mix its club-ready potency. Hip-hop-heads may also be delighted by the record’s impressive list of guests, which includes Birdman, London on the Track, and Rich the Kid. If you’re a fan of raunchy, melodic hip-hop, give 2 Weeks No Diss a try.