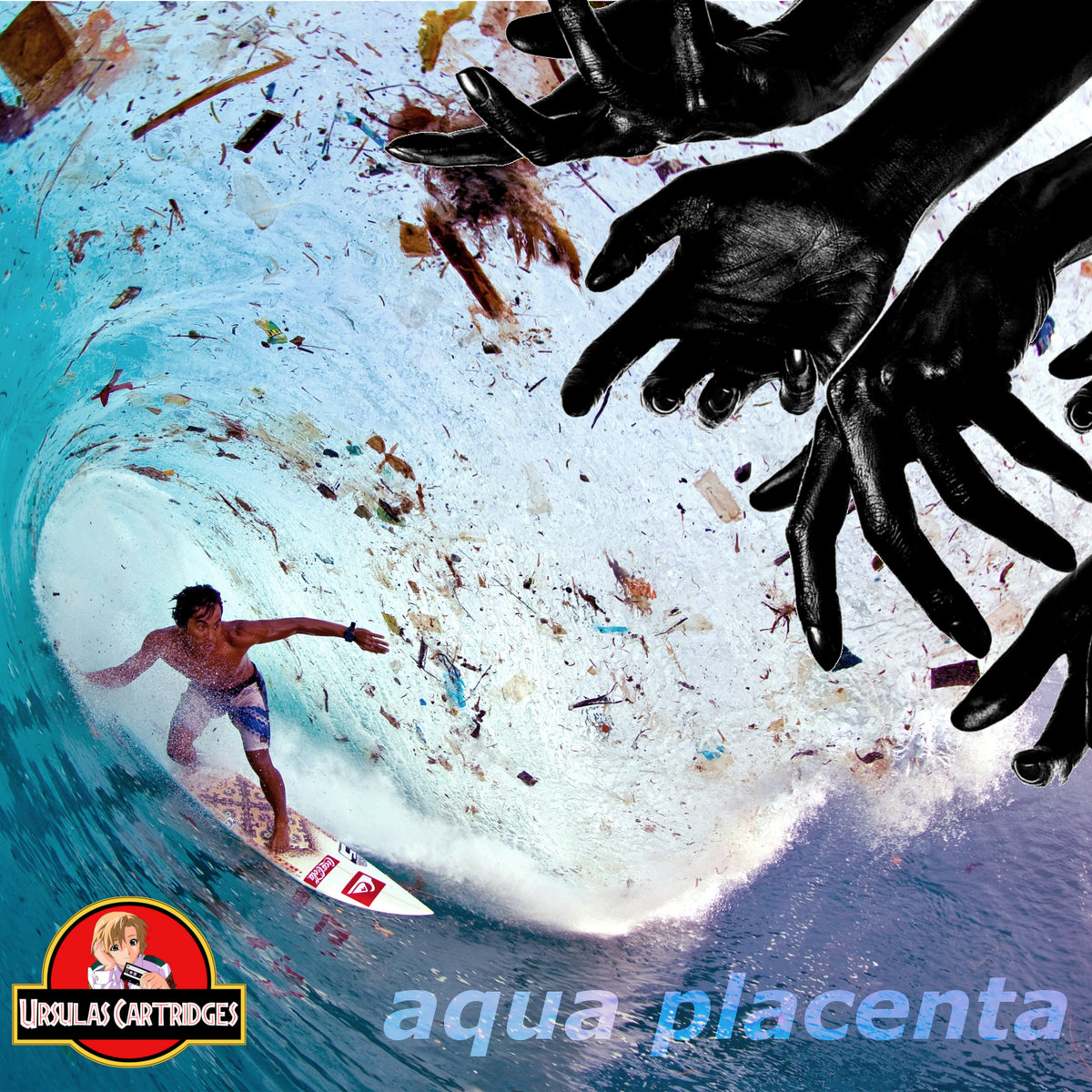 I have been in touch with Vaporwave for a couple of years, enough time to grasp the basics of what the genre entails; synth-heavy, often dance-oriented or retro-styled, sampling is also not uncommon. You know, the usual stuff we see in this blog. Then comes a band whose interpretation of the genre is so wildly outside what I’ve come to expect that now I have to completely rearrange my understanding of it. That band is Finnish outfit Ursula’s Cartridges, their mind-blowing interpretation of Vaporwave: Aqua Placenta. Granted, this is no run-of-the-mill record, the band themselves have gone so far as to call their style Vaporhop or Vaporpop, which are already semi-established sub-genres. Here’s the thing heavily drawing me to this album: despite all the name-calling, Aqua Placenta actively defies classification thanks to its strange, multi-layered quality, it’s hard to put your finger on and I love it. Today we try to digest this seemingly untamable beast in a way that seems understandable, at least slightly more than the album itself.

If the fantastic cover art and the track names have not informed you yet, this entire album obsesses with thoughts of water. In fact, the whole record is an honest-to-goodness conceptual piece. It all begins with ~Water, the Element of Life~, arguably the strongest song out of the dozen comprising Aqua Placenta. Throughout its six-minute runtime, the track oozes atmosphere, something akin to being engulfed by waves, letting them take you to an entirely different environment. The drumming on the track is wonderfully potent, the arrangements full of interesting effects and the synth work spot-on, taking most of the points for this track. The following two tracks continue the slow-paced melodic focus of the opener, albeit in a more subdued tone. Coastwave adds an element of metal to the mix, adding a powerful guitar riff dominating the track. Power of Music is another highlight and the catchiest of the bunch, providing a more accessible sound and structure, although the textures and arrangements continue being expertly crafted in their weirdness. Touching on the topic of weirdness, every cut except for the abnormally normal Mighty Underwater Adventure possesses a strange feature in the title, such as the emoji-like characters as seen on ☢ Radiation Rules the Pacific ☢, or Арал теңізінің мұрасы, meaning ‘The heritage of the Aral Sea’ in Kazakh (?). Take 45.9996°N 1.2139°W, laying out the coordinates for the odd Fort Boyard in France. The all-out unconventional approach extends deeply into the sound of the record, making it a memorable experience, unique in the vast ocean of releases available to us through the internet.

The biggest success in Aqua Placenta is how by sheer imagination it manages to separate itself from the rest and create its own identity. Few records released this year carry such a distinct personality. The record is definitely not easy to get into straight away. However, if you patiently peel away its unpredictable sounds and ideas, you will find a tremendously challenging – and rewarding – work of art worthy of revisiting over and over to discover new details and feel immersed into its deep, layered, strange ocean.