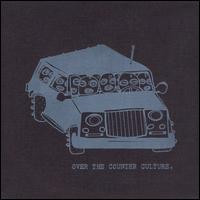 Tim Fite: Over the Counter Culture

Tim Fite is an American singer, song-writer from New Jersey living and working in Brooklyn. His releases vary widely in style going between indie to alternative to country to hip hop. He used to be a half of an comedy rap duo Little T & One Track Mike best known for their 2001 single “Shaniqua.” After the success of their first single, they went on releasing another one and touring for two years with Outkast, Blink 182, Green Day, My Morning Jacket, Ben Kweller and many others.

Since then Tim Fite has pursued a solo carrier. His 2006 hip-hop album entitled “Over the Counter Culture” is probably the most critically acclaimed of his albums. His witty and straightforward lyrics criticizing the modern culture of consumerism and greed won him many new fans. After multiple big publications named the album among their Top 10 albums of 2007, Tim Fite decided to make a statement and not release the album commercially (= give it out for free).

Tim Fite’s newest album “Change of Heart” is also available for a free download. It is a lot different than “Over the Counter Culture” – it’s more folky & introverted, but the witty lyrics are definitely worth a listen.