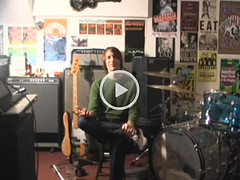 “NWPUNKROCK” is a indie documentary showcasing the last 30 plus years of punk in the northwest – from Vancouver, BC to Olympia, Wa and Seattle. It’s not an expensive, full blown production, but rather a labor of love and passion for punk music that deserves some recognition. As Dave, the films producer says, it is not an attempt to showcase every band to ever exist, but show a cross section of a little bit of every era. You will find lots of interesting interviews from bands and musicians separated by plenty of rare concert footage – it is a very raw look at the history of punk in the northwest.

Bands featured in the movie are: Solger, Subhumans(canaduh), The Dishrags, The Fartz, Toe Tag, The Excessives, Mr. Plow, Fitz of Depression, Pot Belly, The Furies, The Rickets, Maggot Brains, The Meyce, RC5, Mr. Epp and the Calculations, Hot Rod Lunatics, Larry and the Go no Wheres, Zipgun, DOA, The Slashers, Noxious Fumes, Subvert, The Insurgence, The Rebel Spell, TBA, & Leper.

If you enjoyed this documentary & would like to support the project visit www.nwpunkrock.com to purchase a 2 DVD set. The first disc contains the movie, the second an hour and a half of live punk music.