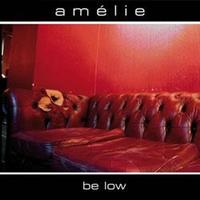 Amelie is an Italian band going for a British pop-rock sound. Actually, if you listen to their music first without knowing where they came from, it won’t even cross your mind that they’re Italian. I believe they’ve got the genre right down pat. If you’re a fan of gritty, soulful, slow rock the way the British do it, give Amelie a listen.

The album has five tracks: “Do It Over”, “Slow”, “Shake You”, “Get High”, and “Soon A Shine Will Come”. “Get High” opens with energetic drum beats and transitions to astute vocals (reminiscent of Incubus and Radiohead, come to think about it). Piano and guitars are nicely executed, melting into an interesting sound when combined with the vocals.

Another good track is “Do It Over”. It’s slow, complex, and quite expressive. “The more we try to run the more we feel alone/ let’s do it over/let’s do it over” It’s a little bit on the cheesy side but the music carries the song well so no complaints.

According to Amelie’s site:

At the beginning of 2006, the Trabant EP is the Amelie’s 1st auto-produced work. It got good reviews from specialized websites and magazines. Afterward, the band played several gigs and festivals, and opened some summer tour concerts of Baustelle.

In November 2006, Amelie recorded 5 songs which gave birth to Be Low, the band’s 2nd EP. The artistic production of this well-reviewed work is led by Andrea Franchi, collaborator and drummer with well-known Italian songwriter Paolo Benvegnù.

Amelie is composed of Stefano Generali guitar and voice
Valerio Gilioli on keyboards and guitar, Ivan Borsari on drums, Pietro Medici on bass and Fausto Varini on guitar and chorus.