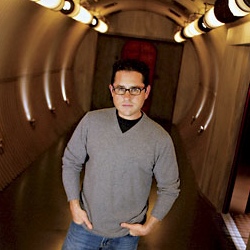 [TEDTalk] J.J. Abrams’ mystery box – are you ready to take a peek?

Science-fiction lovers and mystery freaks, make way for the great screenwriter, producer, and director of the series such as Alias, Lost, Fringer, and The Office and movies like the new Star Trek, Cloverfield, Armageddon, and Mission Impossible III and IV. Jeffrey Jacob “J.J.” Abrams gave a talk at TED way back March 2007. He shared his high-flying passion about the unseen mystery. He also talked about his some of his popular works and tried to trace how he’d come to love science-fiction and the unknown.

J.J. Abrams opened the talk with his humor that he’ll talk about polypeptides. It actually paved the way for the audience to relax and hear his talk about his vision for sci-fi and the unseen mystery. He actually got his passion from his grandfather, Harry Calvin. He actually claimed that he inherited his grandfather’s curiosity with how things work. He also introduced his magic box that he bought several years ago. For J.J., his mystery box represents hope, potential, and infinite possibility, that mystery was the catalyst for whatever it is that he does.

J.J. also talked about how he envisioned “Lost,” one of the longest running series in America and almost all over the world. What’s special about this video is that he encouraged people to go beyond what they see in television and theaters.

He re-iterated in his talk that mystery is equal to a person’s imagination. This video is indeed very inspiring and interesting. It will allow viewers to get into J.J. Abrams’ amazing mind. Promoted by TED and Creative Commons, this video is a must see not only for sci-fi and mystery enthusiasts, but also for people looking for inspiration.