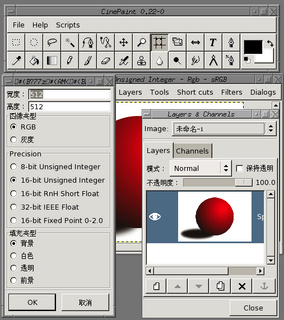 For those serious film makers who need to color their scenes differently according to the mood, there is a software that can do everything they need to easily and professionally – CinePaint.

CinePaint is an open source software for Linux and Mac OSX which lets you retouch colors in video and photography with higher color fidelity than other software. And because it is free, you don’t have to worry about shedding loads of money for this professional grade software.

CinePaint offers a lot of features which go beyond your usual paint software. It works best with the usual 35mm film editing, high resolution films and digital videos, as well as high dynamic range images with extraordinary colors and contrast.

It supports 8-bit, 16-bit and 32-bit color depths which makes sure that you only get the best colors possible. Aside from using it to edit single frames in feature films, photo enthusiasts can also utilize it for photo editing and high-bit printing of black and white photographs.

CinePaint was formerly known as Film Gimp, and has been used not only in the “Last Samurai”, but also in Holywood movies like “Stuart Little”, “Scooby-Doo” and “Harry Potter and the Philosopher’s Stone”. Now CinePaint is considered one of the most successful open source software in the film industry. It supports Cineon and DPX, as well as creating HDR images which would surely captivate your senses.

It is currently available for Linux and Mac OSX, although Windows users might have their version soon.