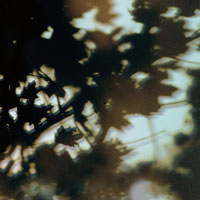 “The Giant Woods” is a classical electronica album filled with ambient calming sounds and hypnotizing drones.

The album is Maps and Diagrams‘, a well known persona’s in electronic music circles, first release through Yuki Yaki Netlabel and it looks like the first one under a Creative Commons License as well.

It started out as a 4 track EP-isode and has finally grown into a fully-fledged album.
Maps And Diagrams’ latest strike on classical electronica is also his first release on Yuki Yaki, which marks a little beatless respite after a number of more rhythmic outputs recently. Warmly droning ambient-textures with plenty of endless space echo, like in the good old days, dominate the album.

Melancholy, contemplation and calm prevail – nicely wrapped in mysteriously shining soundscapes with a kiss of lo-fi noise. “The Giant Woods” seems to be rather predestined for the dark Winter days to come.