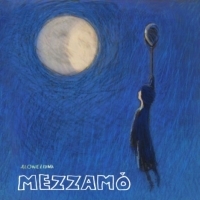 If you feel like drifting off to somewhere relaxing and fun, you can count on the music of Mezzamo to take you there.

Mezzamo, the best newcomer of the International Indie Festival Stereoleto in 2009, is one of the freshest and favored new wave/indie pop groups in Russia. Their creatively compelling video clips appear on various Russian alternative TV channels.

The group was launched in 2006. They have released a Russian-language album called ‘Mnogotochie’ and an English-language single ‘Everything You, which were both well-received internationally. Working the vocals that makes you feel so light and buoyant is the wonderful Shura Zhuravleva.

Mezzamo’s upbeat and spirited songs will work perfectly for chilling out. Imagine the brazen elements of Blondie’s new wave music and combine it with the gentle yet powerful vocals of Annie Lennox. Mezzamo marries the new wave and pop tones of the ’80s and ’90s to everything that is funky and current, and the result just delights the ears no end. It could be your background music in the living room while you’re going about your day.

â€śAlonelunaâ€ť is the latest album from Mezzamo, and it is proudly released by netlabel Synthematik. The album was officially released on January 7th (the Russian Christmas). Aloneluna contains 11 songs that carries Mezzamo’s signature sparkle and chill out tone.

If you like what you hear, “Aloneluna” is also available in major digital stores (iTunes, AmazonMP3, E-music) with four exclusive bonus tracks: “The Walk”, “Lunatic”, “Aloneluna” (Russian version), “The Penguins Are Coming”. You can also by a CD (incl. bonus tracks) at AudioLife.com