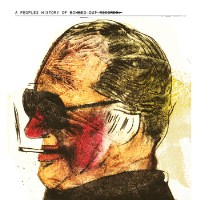 Various Artists: A People’s History of Bombed Out Records

The album puts together some of the best tracks released from their fences; making it an exciting fusion of rock, punk and indie that’ll give listeners an idea what the label has to offer.

All of the bands here have, at one time or another, been considered a band from Bombed Out. Some of them continue on while others have said their farewells.

Bombed Out Records is a non-profit indie netlabel from Leeds, UK. They mostly cater to punk rock bands and have been around since the late 90s. In their 13 years in the industry, they’ve catered and worked with bands from both in and out of the UK. As mentioned, most of these bands are now defunct although certain members are now part of other bands, and some of them are still on the label.

Opening loud and clear with Zapiain’s Cotton Wool; the song introduces listeners to the type of sound they can expect throughout the compilation. Zapiain is a three-piece from West Yorkshire. They’re known for creating melodic punk tracks; brimming with energy and angst yet still accompanied by a catchy beat.

A few of the other tracks lean more towards an indie-post-punk feel. Among my favorites from this bunch include Saturday’s Kids with The Old Comedians as well as Dugong’s Silver & Gold. The last track, a mellow acoustic punk number from Adam Jones, is a nice little capper too.

The album is a good and easy way to get acquainted with the indie punk rock scene in the UK  and how it has evolved over the years. Some of these bands you might even want to track down and get their respective records since there are good songs on here. Take a listen for yourself and see which ones hit the mark.