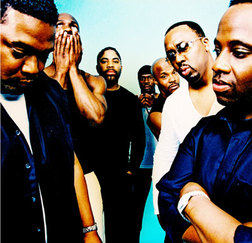 Love Hip Hop and R&B? Then this video is for you. Naturally 7 sung their way on TED Talk’s stage when they performed their song “Fly Baby.” No, there weren’t any instruments. Instead, they used their own vocals to compose a good rhythm. Beatboxing or “vocal play,” as they call it, is one of the things the group is very good at; it paved a way for them to be more creative and unique among any other Hip Hop and R&B groups.

In this video, the group performance a song called “Fly Baby, a single from their album “Ready II Fly.” “Fly Baby” is actually about how they started, how they strived to be unique, and how they became successful. The opened their performance with Jamal imitating the sound of an electric guitar, followed by the succession of the other member’s amazing vocal showcase. Audience in the conference cannot even contain themselves from giving a round of applause for their superb and up-beat performance. Among all TED performances, Naturally 7 is artistically exceptional.

This video is not their only performance. In fact, they are a huge sensation in Europe and they have performed as the opening act for several popular artists like Michael Bublé and German-sensation Sarah Connor. They have also performed in the late night show of Jay Leno and in several festivals. Their other videos can be view in their YouTube account. Truly, the members of Naturally 7 are beat boxers extraordinaire.