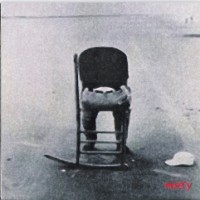 Spanish pop rock trio with sexy, girly vocals. Misery is full length self titled debut of the band with the same name. It’s made up of 10 tracks that’s essentially pop rock indie music. Misery, the album, was created as a way to showcase the different facets of the band’s music.

Although the awkward enunciation can become annoying in instances, there are several key tracks in the album that are pretty good. Vocals are sensual while the melodies and rhythm are pretty catchy. Formed back in November 2004, Misery is composed of Hanan on vocals, Carlos Barba on bass guitar and Joaquin Soler on lyrics, guitar and programming. With the sweet and sensual vocals of Hannan, the group is capable of creating tracks that are easily likable.

According to the band, Misery was formed as a ” result of two years of work.” It was done to emphasize the expressiveness embodied in their vocalist, Hannans, voice. Moreover, the group admits that the project is something that has been their dream for a long time.  The entirety of the album was recorded in Sant Cugat del Vallés (Barcelona / Spain) last December 27.

Although the album is not perfect, there are standout tracks that are easily likable. “The End” is a slow tempo ballad where Hannan showcases her beautiful vocals. “Ready” is perhaps the best track to represent the group though. Although there are parts of the song that sound a bit muddled, the vocals and melody is pretty good and worth the listen.