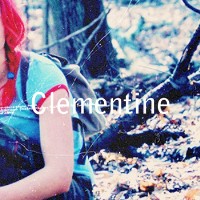 Cano was exposed to music at a young age and began to record through throughout his adolescence. He has accumulated a number of recordings, which were mostly done in his bedroom.

Most of the tracks he does are dreamy and represent a portion of the songwriter’s loneliness and his youth.

Starting with the sweet piano instrumental, Clementine; the album starts off in the right foot. The song serenades listeners and gives great direction for the album. Second track, 7 Years, on the other hand brings a more upbeat tempo into the mix. It’s a feel-good acoustic track that adds snippets of chorus vocals and percussion.

Meanwhile, Never Let Me Go (On the Way to Mauntauk), is a dark and moody piece that resonates with a deep bass. Sort of like a deep rumbling yet melodic sound, the song manages to hypnotize listeners with its complicated simplicity.

Clementine is definitely an eclectic compilation, filled with unexpected sounds weaved together to create ethereal sounding music. It’s a nice record to get lost in and enjoy if you’re feeling a bit melancholic. Take a listen and see if you like it.