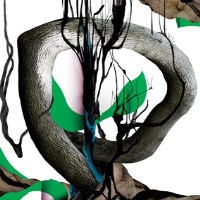 Indie poprock quintet, Kismet, has released their very first full-length album, Hiatus. This eclectic, endearing album is released under popular indie netlabel, Beep! Beep! Back Up The Truck. With their post rock feel, great melancholic sound, emotional vocals and solid rhythms, it’s hard not to like this band from the start.

Kismet is definitely a talented Dutch band who’s album deserves to be noted under your “must-listen” list.

The group admits to being deeply influenced by bands like Depeche Mode, Cursive and The Get Up Kids. Hence, it’s no surprise that their sound does reflect influences from the bands mentioned.

Hiatus is filled with tracks infused with good vocal work, great guitars and interesting melodies. A personal favorite includes, “We Are All Busy” with its slow indie rockish feel. “All is Good” is a quiet, melodic track that reminds me of Sonic Youth. Perhaps one of my most personal favorite cuts from the compilation. The post rock sound and swelling guitars along with the haunting vocals is just fantastic.

The album contains enough variety to keep everything interesting. The production values, instrument work as well as the aesthetics combine to turn this into one very solid album worth downloading. Heck, it’s even worth spending money on!

Kismet is made up of Témy Phem, Timothy Price, Boudewijn Rosenmuller, Nicolai Adolfs and Rogier van Splunder. The group was formed back in 2002 and has released two EPs as well as an acoustic version of this same album. Check it out and enjoy!