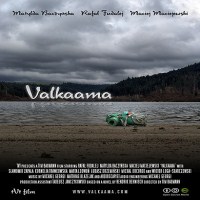 Valkaama is a story about fate. Two people who’s lives are actually intertwined with each other, end up travelling together in search of a mythical community somewhere in the North of Finland. The title Valkaama is actually derived from two Finnish words, meaning “home” and “polar night.”

The movie is purely open sourced and licensed under creative commons. It has received countless praises both from online communities as well as local publications. The film is based on a novel by Hendrick Behnisch’s of the same title.

Made and shot with no budget and relying heavily on the internet as a means of distribution, the film allows both amateur and professionals to create their own versions of the film with the help of its open source licenses. The movie centers two young men, Lasse and Magnus, who are on their personal journey in search of an idyllic utopia somewhere in the North of Finland. Both of them are trying to move on and run away from their personal demons; of the horrible decisions they have made in the past. However, the further they go on their journey, the deeper they find who they really are. Looming over their journey is a haunting secret of their past.

The entire movie was shot with the help of various drama students and volunteers in Poland. Valkaama is considered to be among the earliest open source films made available online. The entire film and its parts are licensed under various cc licenses ensuring that enthusiasts will have access to it various source data.

As for the film itself, the storyline is quite good. Although being an open sourced film, it wasn’t perfect, like for instance the audio wasn’t as audible as I wanted them to be when listening without headphones stuck on my ears. Nevertheless, the storyline is good.  It’s definitely an interesting film that’s worth checking out. You can download the entire movie right here on Frostclick or on their site.