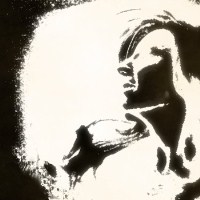 Rusalka might seem like an odd name for a band, but their name is quite appropriate for the type of weird yet soothing music they make. This short EP was released back in August 2010 and contains 4 instrumental tracks.

It’s easy to trace hints of progressive, alternative, indie rock on the songs. With sweeping guitar work, heavy drums and occasional chants, the tracks remind me of an instrumental, Rise Against.

Accent is offered at a pay-what-you-want option. You can donate to the band or you can simply hit zero on the donation option. It should give you the download option. Definitely a record worth checking out. This short compilation opens with the near 7-minute long cut, Suntime. Opening rather slow, the track slowly builds up to a slight crescendo. It mixes wonderful guitar work and a slightly psychedelic mood, until it reaches its peak. The cut borders on alternative progressive rock and would make a perfect background track for a movie climax.

Another great track to check out is SixSix. Perhaps one of my most favorite cuts from the compilation, the single infuses synth and electronic samples with chanty vocals and a rockish attitude. This one screams energy and the unison shouting vocals fit in there quite nicely. Meanwhile, the album is capped off with an ode to the bored, middle aged magazine writer in American Beauty, Lester Burnham. The song manages to capture the floaty, reflective, almost dream-like sequence that the American Beauty writer was in.