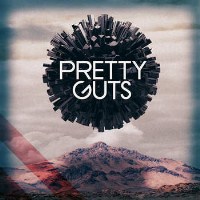 Formed back in May 2010, Pretty Guts is a London-based progressive rock band. Made up of “Word-smith Michael Triponel, Child guitar prodigy Tyrone Flavell, Ex-fashion model Richard Yong on Drums and Matthew Barton on Bass.”

Despite the hodge-podge background, together, the band creates their brand of indie progressive punk rock with some gusto.

They take their influence from various genres of music, be it from soul, jazz, rock, hip hop and even the blues. It’s this diversity in taste and influence that allows the band to create a familiar yet distinct sound that easily pleases their listeners.

Recorded late 2010 and early 2011, the short EP comes with only 4 tracks but it’s enough to showcase the band’s style and sound. Starting with Sailing Whistle, the track combines an alternative pop feel with slow parts on one and nasty guitar licks on the other. Meanwhile, Confucious Says, is a catchy single with a twist. There’s a Dr. Hook sample incorporated in the track; making it a nice little surprise as you check out the song.

Third track, Plurals is the shortest one on the compilation and opens with a long guitar driven intro while final song, D. Day Lewis, ends the record with an upbeat number that slightly exudes a hipster/dance beat.

PG002 is a pretty good record for anyone looking for a different kind of rock/punk sound. The bass and guitars are skillfully done on this one and is enough to satisfy a good portion of rockers out there. You can grab the download over at their BandCamp page. The boys are offering it absolutely free.