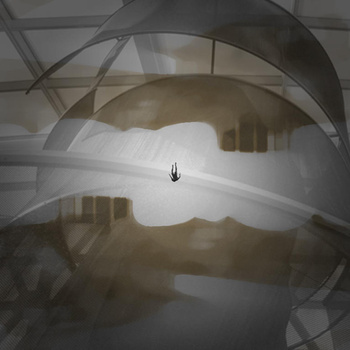 Bullets In Madison – We Became Your Family When You Died

Elements of ambient, shoe gaze, post rock, and indie pop music make We Became Your Family When You Died by Chicago based dream pop/shoe gaze collective Bullets In Madison, one of the most ambitious albums your are likely to listen to. These songs are 4 to 7 minutes long but the indie pop narratives make them seem to go by much quicker.  In post rock and ambient music the emotion as all important, and this album has that in spades with a shimmering wave of strings, percussion and guitar accents that sound wistful.

Original members of the band are John Morton, Aaron Sandberg,  and Mike Stautmeister. Also contributing are Brendan Losch, Erik Bostrom, Luke Farran, Sammy Del Real, and Venetia Pristavec.  The Panic In Amber Blue, their first release in 2003 had quite a few hints of what the band would become. The biggest addition to their sound in the ensuing 7 years and two albums is the strings and ambient piano parts which make We Became Your Family When You Died sound like an indie orchestra.

From the driving rhythms of “Animals” to the dream like post rock qualities of guitars on “Joel Found His Angel Cowering In The Garden”  Bullets In Madison show that their command of the emotional content is spot on. The production is also of note as the you are able to hear all of the instruments being played and the  vocals never bleed through to the music itself . This was one of my top plaid albums last year out of the 400 or so I downloaded.  I can never listen to just one song when I put this album on, I always listen all the way through, as I am doing now as I write this.