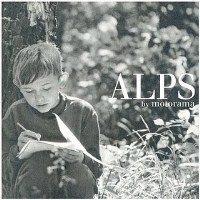 Russian fivesome, Motorama, has been steadily building a solid fanbase with their post-punk, Joy Division-inspired sound. The group has been around since 2005 but they only released their first full length album last year entitled, Alps.

The sound is unmistakably a clash of new wave, 80s sound with slightly danceable beats and monotone vocals. Inspired by some of the more prominent bands in the past decades, they also cite The Strokes and The Coral as bands that they grew up listening to.

Opening with the moody but catchy track, Northern Seaside, the single sets you up for a great 30 plus minutes of beautiful post punk, synth infused cuts. The track features soothing, low key vocals accompanied with beautiful guitar work. Although the cut is a bit melancholic and slightly dark, it’s still quite catchy.

Title track, Alps, meanwhile features wonderful guitars that beautifully sweeps across the cut. The vocal work is once again, monotone making it quite prominent. It’s this whole 80s synth vibe that makes the track so wonderful to listen to. On the other hand, There’s No Hunters Here has a dancy vibe that would make a wonderful club track. It’s slightly reminiscent of The Killers but only a bit darker and less poppy.

In the end, the record is a beautiful compilation that definitely lives up to the hype of being “one of the best indie releases of 2010.” When asked why they sing in English instead of their native, Russian, the group has this to say:

We’ve got another band where we sing in Russian, it’s called Ytro. It’s a dark and experimental band with the same members of Motorama. so we have left and right sides for making music. It’s comfortable for our souls and bodies to have two bands with different atmospheres and moods.

Luckily for their English speaking fans, this decision to have a dual band is a real treat. Grab the album for free on FMA or head over to their website.