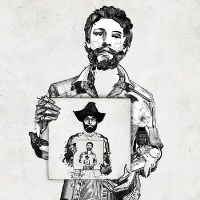 Grand Child: My Head Is In The Clouds

My Head Is In The Clouds is the second release from Texas native, Grand Child. Composed of one man behind the scenes, namely Andy Lane; the album is a gorgeous mix of folk, psychedelia and acoustic indie pop.

Lane originally played for punk/ska band, Driver F. This is his solo project and it’s nowhere near the music he plays with his band. His sound instead focuses on acoustic folk while incorporating psychedelia, and some catchy pop tunes here and there. It’s a nice little record worth exploring if you want an album that’s laid-back yet a little different to keep you company.

Sharing his penchant for folky melodic cuts, My Head in the Clouds begins with the uptempo number, I Know. It’s a simple track that seems to float and dance around in the wind. There are a lot of things happening in the song, it combines a gypsy folkish vibe one minute while smoothly welcoming violins and heavier drums the next.

Sidekick, on the other hand, contains great vocal work and progresses from a slow folky track to a more alternative indie rock song near the middle. Lane has the capacity to easily switch up genres and mold them together seamlessly. Meanwhile, he finishes the short record with A Song To Die To. This one is a bit more cinematic with guitars and swelling violins occupying much of the track.

In the end, you get to take a sneak peek of what goes on in the mind of the artist. His love for different genres creates a stamp on the record. This also helps to mold the EP’s voice; giving it that distinct identity in a sea of easily-forgotten-musicians.

Go ahead and grab the download. You can get it at a name-your-price option at BandCamp.