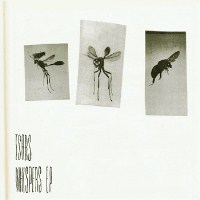 Fairly new in the indie music world, Tsars only got together early this year. Considering the short time, the guys have managed to release two compilations. Whispers EP is their first official debut and contains 6 tracks bordering on indie alternative to a floaty Brit hipster sound. Their sound is reminiscent of lazy hipster rock and makes me think of The Cribs only more melancholic.

Made up of Alexi Mcnulty Bakas (Vocals/Guitar), Corey Eyres (Guitar/B.Vocals), Ross Powley (Bass/B.Vocals) and Lawrence Artitzone (Drums/B.Vocals), they’ve been playing around together in different bands before deciding to form this one.

From the onset, title track Whispers, greets you with raunchy guitar licks giving you heads up on what to expect with the rest of the album. The jangly guitars and the likable melody gives it an air of familiarity that allow it to blend seamlessly into your list of indie rock favorites. This track is my personal favorite in the compilation.

Other tracks worth listening to include Hard Times Ahead, which is quite moody and gives off that dark Libertines vibe; then you’ve got closing track, Coma, which is enveloped with a hazy mix of droning vocals and a sporadic danceable beat. The track hangs in between, starting off as a slow, almost dejected cut then slowly expanding into a semi alt/indie rock state.

The album shows some promise. These guys are definitely talented, they just need a bit more exposure and maybe a bit more polish in certain areas. Nevertheless, Whispers EP is a good find. It’s available as a free download on the boys BandCamp page.