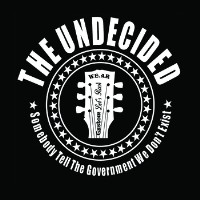 This German three-piece crew may be your favorite unknown band, according to the group’s bio. Playing alternative punk rock, the group is a few years old; having formed back in 2007.

This self-titled debut is a first for them and it comes equipped with 15 energetic and raucous cuts showcasing their love for the rebellious genre.

Composed of Tim – bass; Matthias – drums; and Gu – vocals, guitar, The Undecided is an interesting little punk rock band to check out.

With music that mainly spews out fast drums, low register spunk filled vocals, and loud guitars; there’s no mistaking that the band is quite comfortable in their chosen genre.

Loudly opening with 48 Million, the track runs for less than two minutes and contains characteristic rolling drums and spastic rhythms. A few tracks you can make a beeline for include Cops & Robbers, What You Want and She Said.

As you listen to the record, expect to breeze through the tracks as you go. In fact, you might not fully notice when one cut switches to the next because some of these seem like 30-second to one-minute intermissions.

It’s worth noting that the band sounds their best when playing upbeat punk rock instead of dwelling on their melodramatic side. They have great energy embedded in most of the tracks. Of course, at times, you can tell that the band is still quite unpolished in a non-endearing punk rock style but nevertheless, the few good songs outweigh the bad. Take a listen and see if you like it. This one’s available for free download.