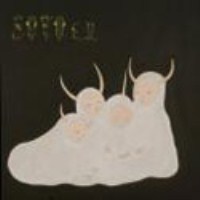 Soto is an experimental Japanese pop group that creates lovely folk pop music. Listening to this band is like being transported to a place where forest spirits dwell and lovely music is created at every instance.

Two members of the band originally formed the duo, “Oto.” This initial band produced music that focused more on sounds and its tapestry. However, as the group turned into a quartet, they focused more on creating music with proper song structures.

Together, they christened themselves as “Soto” and create amazing acoustic, folk pop that is transcendent as well as emotional.

With the new members on board, the group has turned their musical inkling in creating a more poppy yet still pretty experimental compilation. The songs are very delicate. Each track in this mini EP has its own identity allowing listeners to take a sneak peek of what the band has to offer as a whole.

Opener, Playful Day, is a hodge podge of sounds. There are chimes, melancholic vocals, samples and bits and bobs that tickle the senses. If it was a painting, there are layers upon layers of paint in different brushstrokes, providing interesting textures that pleasure the viewer.

It’s followed by the dreamy acoustic pop track, Only Star. The song features the bands’ new direction along with their new name. A simple but very endearing piece that you can’t help but listen to. The other cuts in this mini EP include the eclectic soundscape, Orange, and the beautiful folk shoegaze track, My Blue Plane. The last cut exudes an ethereal feel that would most likely describe what the band is all about. Overall, the compilation might be short but it is worth checking out. It’s hard not to fall deep in love for this one after just one listen.

The band is made up of Ryuta Kobayashi, Hirotaka  Makino, Jesse Peterson, and Bunichi Oshiro.