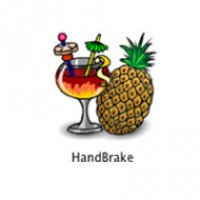 Own a portable multimedia device, but are downright annoyed and confused about transferring videos in the perfect format? Well, Handbrake is the solution you should be looking at to sort out all your multimedia needs and fixing them up perfectly.

Developed by the Handbrake community, the software has advanced over the years and has churned out some very neat features, making it easier and simpler for users viewing their HD movie collection on various devices.

Handbrake is an open-source, multithreaded, multiplatform, general-purpose video transcoder software. Developed in 2003, the software was meant to rip a film from DVD to a data storage device. Initially, when the advent of the iPod was the big thing, Handbrake was focused on iPod solutions solely. Today, the software is capable of doing much more with the ability to covert videos into MP4, MKV, AVI, and OGM. The biggest plus point of Handbrake is the security it provides to copyrighted material. So, if a user feeds in a copyright protected DVD, Handbrake will not process it and same is the case with the current-generation BluRay discs.

The User-Interface of the software is very simple and easy-to use. Moreover, users who are trying to transcode TV shows have the ability to convert only selected episodes one-by-one, instead of going through the pain of transcoding the entire season running into multiple GBs. The performance is at the next level, keeping in mind about Handbrake is a freeware.

Overall, Handbrake is by far the best bet for converting videos for playback on iPods, PSPs, PS3 and other multimedia devices with limited storage. Being a multiplatform software, users do not need various transcoders for Windows, Mac and Linux machines. Handbrake gets the job done in a jiffy. Also, users new to the whole transcoder game can shift their attention to the various forums on the Handbrake website and sort out their confusions with help from other Handbrake users. A thumbs-up to the developer for churning out a user-friendly and no mess transcoder.