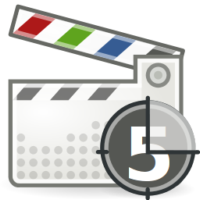 The software has been designed so that professional and new video editors will find it easy to navigate. After installing the program you need to configure the preset timeline and once that has been determined, you can begin importing audio and video files cutting and pasting parts as you would with any other editor.

Cutting and pasting is pretty straightforward but that’s not where the strength of PiTiVi lies, rather it is in its special effects. You can add a ton of video effects including chroma support, gamma correction, black and white and more. In addition, PiTiVi has a lot of plug-ins with more effects like turning videos into cartoons, bulge, swirl and many more. You can also use the Mask0Mate plugin to make an alpha channel mask.

There are many rendering options in the program, and many presets are available such as iPod, Blu-ray, and DVD, but you can make other presets just as easily. While it may not have the features of other more expensive video editors, the things you can do with it are staggering.

Other notable capabilities offered by the software trimming, clipping and roll edits for videos, audio waveforms, ability to create video thumbnails, opacity keyframe curves and create custom ratios and aspects. Give it a try and let us know what you think.