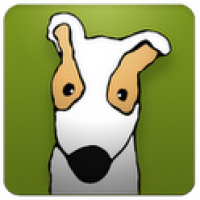 It must be nothing new for smartphone users to happily surf the web, upload pictures on Facebook, Tweet, download apps, stream video on Youtube and the like. What really comes as a shocker is the data bill charged to your account by the service provider after all that friendly fun. Well, your solution lies here in the form of Watchdog 3G. This is probably the most comprehensive data plan manager till date.

Developed by Richard Gruet, the developer has done a commendable job with this app and has really helped heavy data users to keep a check on their data traffic. I for myself am a heavy user of this app on my Android.

3G is a big boon for users and really helps in the data traffic check. The app works very well and very few on the Market can compete with the features it offers. Talking about the user-interface, Watchdog 3G scores brownie points with its very slick look and easy-to-use environment. Though, first timers will get confused with the data counters that need to be set initially.

On startup, WatchDog 3G throws up numerous counter-boxes to be filled with a desired number. The counters are used for managing the data and how the users want the app to alert them according to the data consumed. The boxes to be filled are Quota (in B, Kb, Mb, Gb), time duration for the data validity, warning when a desired % of data is used, auto-disable of 3G. These are the main features and works very accurately without a degree of error (Source: Checked with my data operator and the result perfectly tallied with Watchdog 3G).

On the top screen, the app notifies the user about how much data will be consumed with the current usage pattern in force for a continued period of time. 3G watchdog not only gives a detailed data traffic counter for 3G data, but also indicates Wi-Fi usage with the received, sent and total data used summary. Something a lot of advanced users would love is the ability to export the data summary as a CSV document for extra usage.

Overall, this is one of the best utility apps on the Android market at the moment and does the job very well. The application keeps working in the background and does not deplete much battery unnecessarily. Moreover, the app adds a tray in the notification center, displaying the current used data against the total data remaining. A must have for users who heavily depend on their carrier network for those huge HD games and movie downloads.

The developer has launched a new PRO version with extra widgets, detailed and graphically enhanced graphs, Redesigned UI, Import settings and data from 3G Watchdog (Free version) and much more.