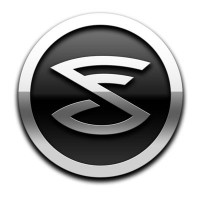 Here is an app for all the music lovers who just cannot get enough of any artist, genre, track or album. Yes, we are talking about Slacker Radio. This app allows users to browse through their large libraries of songs, almost 2.4 million tracks without crowding the memory-space on the iPod, iPhone, Android or other devices.

Developed by Slacker Inc., this app puts a vast collection of artists, tracks, various genre radio channels, and the option to add customized channels anytime, anywhere. This one is an iOS universal app, so users with both iPhone and iPad are in for a treat.

The Slacker Radio app puts the entire Slacker music library at the users’ fingertips and the free version is enough to satisfy the hunger of the music lover without the bells and whistles.

Many users just love the comedy radio stations hosted on Slacker, which also include the previously censored channels. Slacker Radio has everything up for offer for listeners with varied choices.

Social-network integration also gets its fare-share, with Twitter users being able to tweet automatically or manually about any music discovery concerning favorite song, banned song, banned artist or even tweet about all. MySpace users also have the option to add their Slacker Radio station through the free Slacker widget on the social-networking site.

Overall, the Slacker Radio app is very neat and with a clean user-interface to offer. Even new users will not find it difficult going around the various offerings of the app and all this without a hiccup. The free version has its own set of limitations, but for the casual listener this radio app does more than what its competitors have to offer.