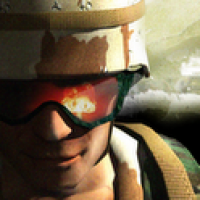 It is that time of the year again to load the guns, buckle up the shoes and head for war. Yes, all Android users report to base-camp and fight for survival. World War is the usual war game with the sole objective of having the strongest camp, ammunition, machinery and the perfect ingredient to shove dust in your opponents face.

Developed by Storm8, the developers who already got a number of RPG titles under their belt, the game has received a very favorable responses from the audience so far raising the bar for all the similar titles to come.

The game is set in 2012 when a nuclear war has broken out. In this scenario, many countries have fought and have been wiped out. So, now it is down to the 5 superpowers to fight for the ultimate top-spot. This objective really heightens the in-game experience and adds a major competitive twist.

In the beginning, players have a humble start by playing the role of a general defending his base from the rivals and with a fight-to-struggle climb up to become the most dominant military leader. Basically, players need to march to victory in this epic World War recreation.

Players have the full freedom to expand their army with a huge military base and add up the best infantry, ground, water and air units. Moreover, you should remember to join forces with various allies and hike up the winning chances for world domination. While playing the game, I really did not feel the absence of counter-strike, due to the very efficient integration of real-time updates, broadcast of messages to allies, and the ability to comment on other players.

The user-interface of the entire game is very neat and sports a simple, easy-to-tap method. So keep adding players and grow your base for the best World War experience. Overall, it is an awesome time-killer and a must have for all RPG fans.