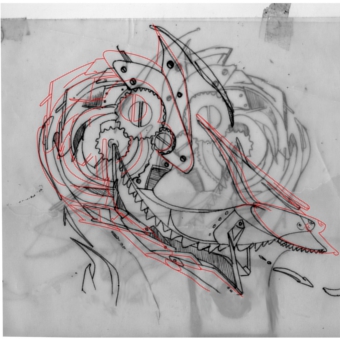 Total Inspector‘s new release In Silico will transport you to a technicolor dream. This solo project is composed of five well-crafted tracks playing along the boundaries of experimental and electronic music.

Daniel Felipe, better known as Total Inspector is an independent artist from Bogotá, Colombia. He have loved and worked in music since 2003 and has collaborated with numerous local hip-hop bands. His tunes have also been played in local radio stations such as Radionica.

One thing that standouts in this collection is the high level of artistic freedom. Total Inspector makes use of rich textures, timbre and spectacular sounds combined with undeniable creativity.

The beat drops on Cacion06, a perfect track to introduce Total Inspector’s music—catchy and danceable. I liked how it balances its technical features and its accessibility to the listeners.

Traversing to a different avenue, Mecanik H follows up with a soft kick of experimentation. Error 2.0, on the other hand, sheds off an edgier aesthetic.

Idea No closes up with heart-pumping beats. I liked how the stingy siren tunes create a sense of danger on the track.

Overall, I strongly recommend In Silico, as its electro vibe oozes danceable tunes and mood changing soundscapes. Total Inspector have created an album that showcase his musical prowess.

So press play and lose yourself in these freshly delivered tunes.