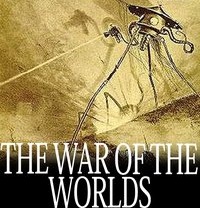 H.G. Wells: The War of The Worlds

Considered as the grandfather of alien sci-fi stories, The War of The Worlds by Herbert George “H.G.” Wells will once again play with your imagination.

Written between 1895 to 1897, this sci-fi novel tells the story of an unnamed protagonist struggling to return to his wife in a Martian-invaded Earth.

Since its first publishing in 1898, it was favorably received by readers and critics alike. Until now, this canonical piece have spawned through different mediums such as films, radio dramas, comic book adaptations and television series. It’s also one of the strongest foundation of the science fiction genre.

H.G. Wells crafts his own verses from first-hand experiences which are shown in his characterization and depiction of the suburban late Victorian culture. The writer’s socio-political nature and ideas are trapped all throughout the novel.

Though it may seem like a tale purely woven from wild imagination, The War of the Worlds is nothing like that. It’s a literary piece that sheds off a strong commentary on British imperialism and colonialism.

H.G. Wells have written a masterpiece that breaks historical boundaries. A book that’s definitely worth your time!

According to Librivox.com, The War of the Worlds is still under the copyright law in the UK and EU until January 1, 2017. But for the rest whose not under these jurisdictions, feel free to download.