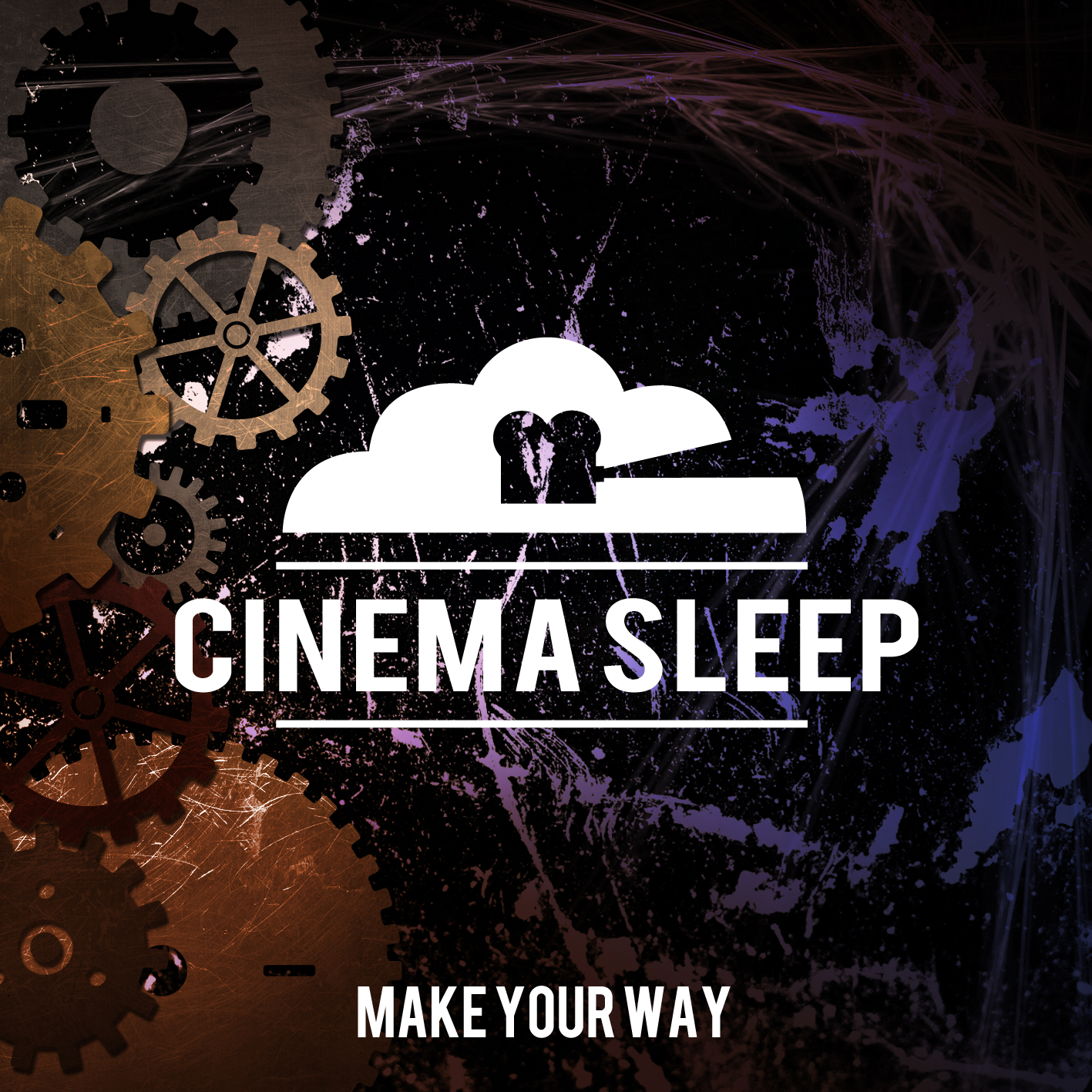 Clearly bearing some rock genes, Cinema Sleep is a five-piece crew that’s all set to impress you with their awesome rock sound. Led by Brady Reis on vocals, he’s joined by Alex Asch on lead guitar, Trevor Johnson on guitar/vocals, Ryan Meyers on bass and Kevin Vincent on drums.
According to the group, their “passion for music has brought us together to form the perfect lineup to create a sound that is uniquely our own.”

Make Your Way is the band’s big debut EP and from the sound of things, they’ll be here to stay for a good long while.

For the EP, the boys worked together with platinum and award winning producer, Kris Crummett. It contains 5 rocking tracks, two of which were released as singles, The Response and Through This House, over at iTunes.

Opening single, The Response, is a combination of banging drums, slightly growly vocals and some wicked guitar playing. It’s a song that kicks the album in high gear from the start and gives listeners a reason to stick around. In Dreams, on the other hand, creates a melodic spin over double bass drumming and heavy guitars.

Cinema Sleep “Take Me Home” Make Your Way by FrostClick

Take Me Home, is one of the “slower” cuts on the EP – however, it doesn’t really diminish the energy these guys have to offer. Again, the boys are more in tune with their melodic side and feature slightly more romantic lyrics. There are also some other great cuts, Lights To Shadows and Through This House, which replete with the band’s signature running rhythm, meaningful lyrics, catchy hooks and a loud beat.

If there’s one thing you’ll instantly realize as you listen to the band, it is that they are destined for something great up ahead. Cinema Sleep knows how to create a polished sound you’d normally expect from people who have been in the industry for decades.

Make Your Way is an excellent way to get a feel for the band’s sound. Go ahead and grab the download, it’ll be well worth your time.