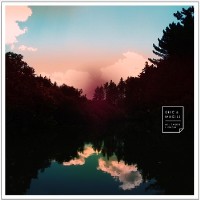 Eric & Magill: All Those I Know

Both musicians have played music together and in separate bands; and they were both part of shoegaze rock act, Camden. Weber has also been in several bands including emo/indie pop group, The Promise Ring and Decibully.

In the end All Those I Know is a collaboration between two friends/talented musicians. It took shape when they were miles apart, but the result sounds seamless and brilliant.

Released last December 2010, the album is a beautiful slice of indie acoustic folk with a touch of electronica and pop. Starting with the title track, it caresses listeners with simple guitar picking that’s coupled with layers of vocal harmonies before finishing with more complicated instruments and a rockish vibe.

The songs all contain a coherent indie folk feel but there are standout pop songs on here as well as quiet folk reveries listeners can enjoy. For instance, Gentle, Polite is a slightly uptempo acoustic pop song that would feel comfortable being played on regular pop radio. It is simple but it’s that same simplicity that makes Eric & Magill songs so magical.

Despite being put together by two guys who were miles apart, the end result is still a gorgeous album that’s both heartfelt and heartwarming. The best part is that they’re offering it absolutely free! So go ahead grab the download and help out the boys by sharing their music.