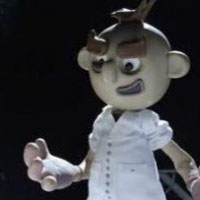 Have you ever wondered what goes inside a child’s mind? Create takes you on a quick journey on how a child’s imagination can be both thrilling and fearful.

Written, directed, and animated by Dan MacKenzie over the course of six months while attending the Savannah College of Art and Design (SCAD), Create is a stop motion claymation that has been starting its rounds in film festivals including the Fantastic Fest, Newport Beach Film Festival, and the Savannah Film Festival.

The short is about a young mad scientist who sets out to create a pet monster within parallel worlds of an imaginary laboratory and the reality of the boy’s bedroom.

With only a quick runtime, the film has successfully created a solid foundation for the main character. It also had a knack for stacking humor along with alternating light and dark scenes.

MacKenzie has done a wonderful job on the stop motion animation. It’s flawless and crisp with some imaginative splash of color all throughout. The voice overs (Louise Phillips and Phe), the out of focus effects, and the music/sound (Martin Mayer) also helped the film to weave a concrete and exciting story.

Overall, Dan MacKenzie has showcased his artistic talent and sure-handed control on his material. Create is a wonderful film that gives us a sneak peak to a child’s limitless imagination, while at the same time leaving a trail of chuckles and innocence along the way.