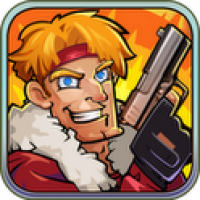 All Droid users brace up for war, we are in a state of emergency. Well, that is the scenario as far as Assaulter is concerned. A heavy duty, action-packed warfare game with HD graphics for a truly immersive experience beyond doubt.

Created by CWA Games, the developer behind some other great apps for Android, the more recent Assaulter certainly raised the bar for all the action games that will follow.

The game is a portable arcade shooter and will take old-time 8-bit gamers on a stroll down memory lane. Assaulter features a vast arsenal of weapons, upgrades, levels and jaw-dropping graphics. This all sums up to a great gaming deal on Android devices. Unlike the recent slew of HD games, Assaulter is no console competition, but rather creates its own niche in the smartphone gaming category.

In-game, players need to fight terrorists who have invaded the world with fear and suffering. So now it is time for payback. The game, like I mentioned previously can not be compared to the more recent HD titles, but it definitely holds its own place. I specially loved the “BOOM” writings among the yellow flames; truly old school.

As one of the titles with no real storyline, you will be in charge of a mindless shooter meant to keep people of all ages. The full version is free for all Android users.

Overall a great game with some hardcore mindless action. A thumbs-up to the developer for creating a masterpiece and offering it to the world.