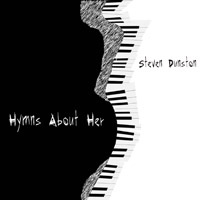 Steven Dunston has always intended his songs to be freely distributed in the Web. In the spirit of creative common he joined Jamendo and released two albums back in 2006, both of which have been consistently faring well among his listeners. His latest album, “Hymns About Her”, has been receiving noticeable praises from web users, calling it nothing short of a masterpiece. The songs are relieving to listen to; the raw vocals of Denston are highlighted by the stripping down of the musical arrangement. Most of his songs only have the piano as accompaniment.

Steven Dunston wrote almost all songs in his album. Only the “Lyle Love Song” was a collaboration with Cameron Daddo. With this in mind, you surely can’t help but attribute the emotional power of his songs to the fact that he wrote the words himself.

As if doing the vocals and lyrics simultaneously isn’t enough, he is also in charge of the piano and the strings–truly a one-man show. He is accompanied by guitarist Cameron Daddo and percussionist Scotty Lund.

With the preponderance of mainstream pop artists, it’s nice to know that there are people like Steven Dunston who stays true to the spirit of acoustic pop.

According to his blog, he is currently working as a search engine marketer and web developer for InsiteOut Solutions, and is a big supporter of open source applications.