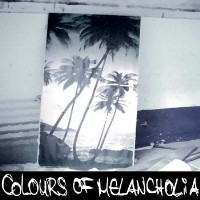 Colours of Melancholia is a one-man project of Berlin based musician, Sebastian. It’s an album that leaves you great window seats to the artist’s sonic exploration.

Initially influenced by heavy metal, rock and punk; Sebastian  says he’s always been fascinated in sampling as well as experimental types of production. This interest then led to this self-titled debut record.

The compilation is a lush landscape of sound; showcasing great use of beats, samples and synths to create a pleasing album worth noting.

Exploring a dark, shady world; Colours of Melancholia is a beautiful piece that uses samples and abstract hip hop rhythms to create one exploratory track after another.

From the start, listeners are greeted by Feelings. Containing deep bass,  electric guitar plucking and voice loops; each of these serve as a subtle puzzle piece that expands into one coherent yet moody sonic picture. Other songs experiment with more organic sometimes ethnic beats. You’ll hear this in tracks like Sitar and Griechisch musik.

On the other hand, singles like Victim of Progress, is a track that’s infused with trip hop elements while Punk Ist Anders, adds a playful, jaunty tempo to the record.

Despite the different genres tackled in the record, there’s a pervading melancholia embedded in most of it. If you look closely, there’s a marked complexity that draws listeners in; making them feel as if they’ll miss on something if they blink.

Colours of Melancholia is nowhere near a sappy album. You’ll be surprised to find a couple of “happy” songs on here. Nevertheless, the artist has captured melancholia expertly in majority of the cuts. Overall, it’s a nice album if you want to try something new. Go ahead and grab it. It’s at a name-your-price download on BandCamp.