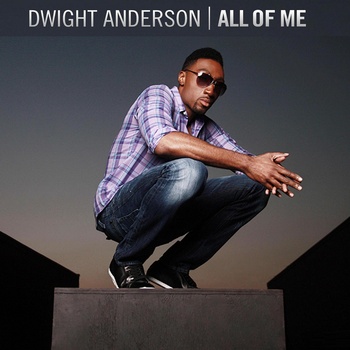 Dwight Anderson: All of Me

Toronto native, Dwight Anderson is one of those people where performing and singing has come naturally. At 6 years old, the singer was already impressing audiences at his church. By adolescence, he took his passion further by joining talent shows and recording personal demos.

Fast forward today and the singer has already recorded and released his debut compilation. All of Me, gave the singer a solid foot inside the music world. With his soulful vocals and simple yet catchy R&B rhythms, the songs he creates are instantly likable. Perfect for singing along to and simply chilling in.

Most of the songs on here are a couple of years old but it’s still quite a find. His first big hit, Oh No, gained the singer a solid radio airplay. It’s a slow and smooth R&B style cut that highlights great harmonies and the singer’s beautiful vocals. He didn’t stop there, it was followed by other hits like So Beautiful and Holdin’ On, which is also included in this compilation.

Currently, the singer is working more behind the scenes. He’s credited as penning tunes for various artists including Canadian Idol runner-up, Gary Beals. One of the tracks he wrote for the singer actually earned the young newcomer a Best in R&B/Soul Juno nomination.

Citing Sam Cooke, Aretha Franklin, Jodeci and Boyz II Men among his many influences, it’s not hard to see this reflected in his music. There’s a nice old-school touch to most of his songs that make it instantly ‘groove-able’ even on first listen.

Personally, I thoroughly enjoyed this one. One of the best R&B records I’ve come across for this year. The best part is that this one is offered for free download, so go check it out. Enjoy!