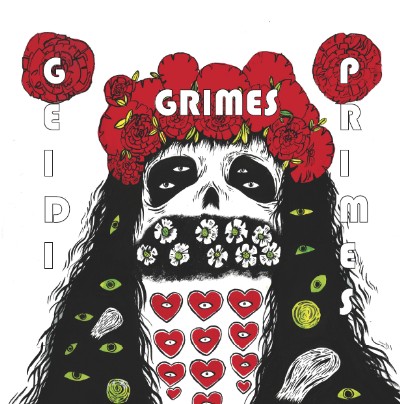 By now, plenty of people have caught the Grimes bug. This Canadian music maker didn’t expect her first album to  become so successful but it was and it was even critically praised by several music reviewers for its eccentricity and originality.

Geidi Primes was released last 2010 and contains 11 tracks that range from folkish electro dub to just an overall weird soundscape. Majority of the tracks on the album including the title itself are based on Frank Herbert’s best selling science fiction novel, Dune.

Expect to find references at every turn as you listen to the record. It takes you on a mystical journey that transcends and pulls you out of Earth and into a beautiful world few would ever experience.

Listening to Geidi Primes takes a bit of an acquired taste. The album is a weird mix of electronic indie pop with big mashes of bits and bobs. Listening to the record is like downing a cocktail of sounds thrown together to create an unusual drink that manages to intoxicate and generate illusions.

Starting with Caladan, the album already sets the mood early on. The single treats with dreamy pop sounds that hypnotizes at every turn. It’s almost a made for Sofia-Coppola-movie-soundtrack. It’s one of those things you have to keep listening to several times to appreciate it fully. A few other recommended tracks include Avi, Gambang and the masterful, Beast Infection.

The album is the kind that grows on you. After several listens, you’ll be lost in the beautiful world of Geidi Primes. Grab the copy, you won’t regret it.