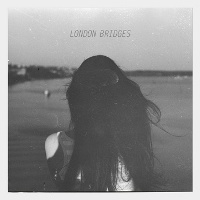 Treat yourself with some soulful hauntingly beautiful tunes in London Bridges‘ self-titled album. Released last September 14, 2012, the album offers 10 tracks that will surely intrigue our ears.

This is not your typical ambient collection as it takes a little bit of everything–from lo-fi to r&b beats–resulting to an intricate medley between spacey chillwave and funky melodies. The genius behind this highly addictive melodies is known by the name London Bridges. We might know little about the producer but one thing’s for sure, his/her craftsmanship and talent will take her a long way in the music industry.

Starting things up is Smoke. As the first beat kicks abruptly through the long ambient tunes, you’ll already know that you’ve hit upon something unique and excellent. The sound is nothing I have ever heard; the lo-fi beats beats seems to be scattered around the track but still plays well as a coherent whole.

Together makes use of Gotye’s hit song Somebody that I Used to Know and distorting it with some electro machine lovin’ and repetitive play-ups. The whispering instrumentation and layered electro melodies gives this track a very sexy flair.

Staying true to its ambient roots, Falling‘s instrumental backbone consists of fluttering keys, spacey atmosphere, and slow tempo added with just a bit of soulful beat to give the track a little spice.

Featuring the up and coming rapper Stockz, Players Ball closes the set with crisp lines placed perfectly in between chill instrumentation.