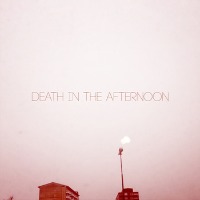 Death in the Afternoon: Singles & B-sides

Death In The Afternoon‘s May 2012 release entitled Singles & B-sides is a sonic goldmine for electro dance enthusiasts.

There is a distinct brand in Death in the Afternoon‘s music that you wouldn’t hear in any other band. The musical infusion of rock, 80s influence, new wave, and electro make a solid foundation for the collection.

Opening with an eclectic combination of glowing synts and understated vocals, Oh Youth! transports you back to the 80s.

Put on your killer shoes as Francis & The City follows with steady flowing melodies. This roughly-cut gem features much texture and sonic surprises.

A personal favorite, Kino is a repeatedly listenable piece with layered vocals and steady chill-out beats. Press play and let this track transport you to psychedelic universe.

Death In The Afternoon has created a collection that’s both funky and soothing. The five tracks here feature a unique sonic infusion that’s definitely worth a repeat.