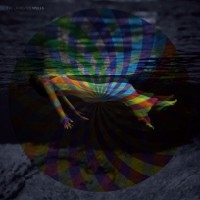 The Laureates began cultivating their sound as far back as 2005. Vocalist Chad Preston initially compiled a set of tracks for his lo-fi album but knew that it’s more fun to have other people join him.

By the time they released their self-titled EP, the now quartet have found a good sound. So far, they’ve released several singles and mini compilations while continuing to dazzle in their indie rock garage sound.

Spells is the band’s second album and was released back in 2011. It deviates a bit from the 3-minute pop formula of their previous tracks and entertains a more blues, vintage style garage rock sound.

The album combs through the band’s 80s and 60s style rock influences and gathers catchy tracks that seem destined for some low key bar room.

Most of the cuts carry that fun pop style that’s easy to jive along to. Check out the single, Life of Leisure and you’ll capture that 60s feel-good pop rock that makes the track easily enjoyable. Guitar work is quite consistent while the stompy beat and harmonizing vocals sound very inviting.

Worry, Worry, Worry on the other hand, flow with a nice Byrds vibe while Moon Bitch, explores the group’s psychedelic side. Starting out as a mellow yet moody piece with chorus singing before transforming into a piece with droning guitars.

The Laureates have this characteristic sound that’s quite reserved but listeners can tell there’s something brewing that’s waiting to get out. It’s this capacity to create intense, easily likable music that makes this band stand out.

For more of the band, you can visit their homepage. For the meantime, grab the download, it will serve as great company for those moody nights.